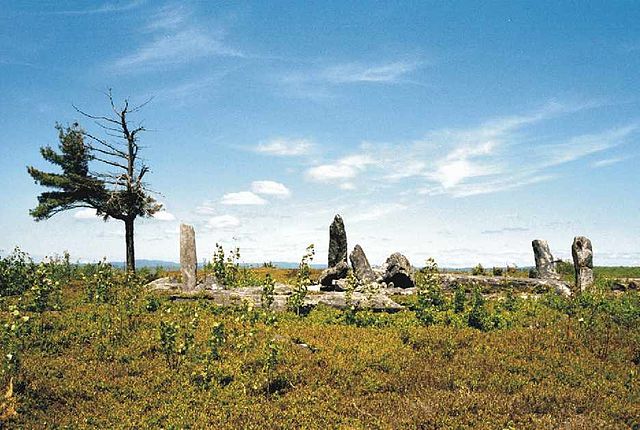 Recently I learned about a stone circle on Burnt Hill in Heath, Massachusetts. Naturally I want to visit; naturally, I do not believe that there is anything particularly spooky or pre-Columbian-contact about them. It should not be a source of amazement that a local native people of the area had the skills and interest to rearrange rocks, even quite large rocks, into the shape of a circle, for the purpose of ritual or astronomical observation.

My lifelong obsession with archaeology never quite picked up in the area of European megalithic stone circles. It would have been a natural obsession for a bookish girl; I am no doubt descended in part from a people who constructed them. But no: for me it was Egypt, then Mesopotamia, then Greece. Even when you can’t read hieroglyphs — even when no one could — a temple speaks so much to the observer: the sacred, the terrible, the sic transit of the gloria mundi.

Stone circles are … well, there they are. That is an accomplishment, but it seems to be the only one. The stones are more than silent; they are dumb, in the oldest sense of the word, as mute as glacial erratics. The sole awesome power that they have had, over generations, is to inspire enough superstition (and require enough brute effort) that farmers and landowners would decline to tear them down. The great wonder, I now know, is beneath them and around them — the burials and ritual deposits that are just in the past few decades receiving the kind of detailed attention that they deserve.

The excavations, though, cannot be open to the public, or if they are, they only reveal a lot of kneeling and scraping and measuring and cursing. What the public can always see, if they are willing to hike to nowhere in particular, are cup-and-ring marks. 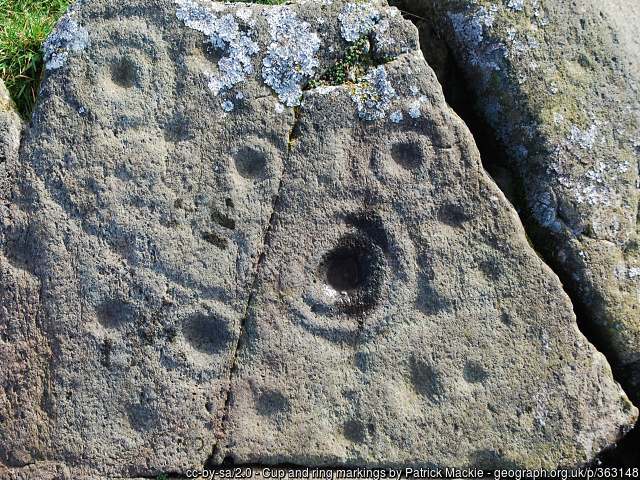 I am fond of the cup-and-ring marks. They appear all over Europe, and vary from elaborate to crude. And they, like the stone circles, are unreadable. As Neolithic village and fort remains are often circular, I am inclined to guess that they are representations of homesteads since vanished. Perhaps the marks were a way of solidifying property rights and obligations before the public, and before the local gods, directing (or warning?) travelers at the same time. I doubt, of course, that the cup-and-ring marks had a single significance over thousands of miles and hundreds of years. My guesses are, of course, worth twice butt, but they are at least a little informed.